Terror Optics presents CREEPY DEAN, a comedic short film produced in 2009. Follow "Dean" as he crashes a hippie party causing a complete disaster involving poisoning, bad drugs and just plain debauchery. His antics keep him entertained but the hippies are onto him. Will the punk neighbor Rod straightened everything out? Will Kimmie be assaulted by this off-putting stranger? Will Dove's bear ever be the same again?
Running Time: 23 minutes

Bonus film! PEEPSHOW CREEP. Les has had a bad run on life and decides to begin frequenting a peepshow to let off a little steam. He soon finds himself entangled in a game of cat and mouse that sends him on a path of murder and disgust. Witness a man pushed to his very end in this moody thriller short film. Produced by Terror Optics in 2008.
Running time: 19 minutes 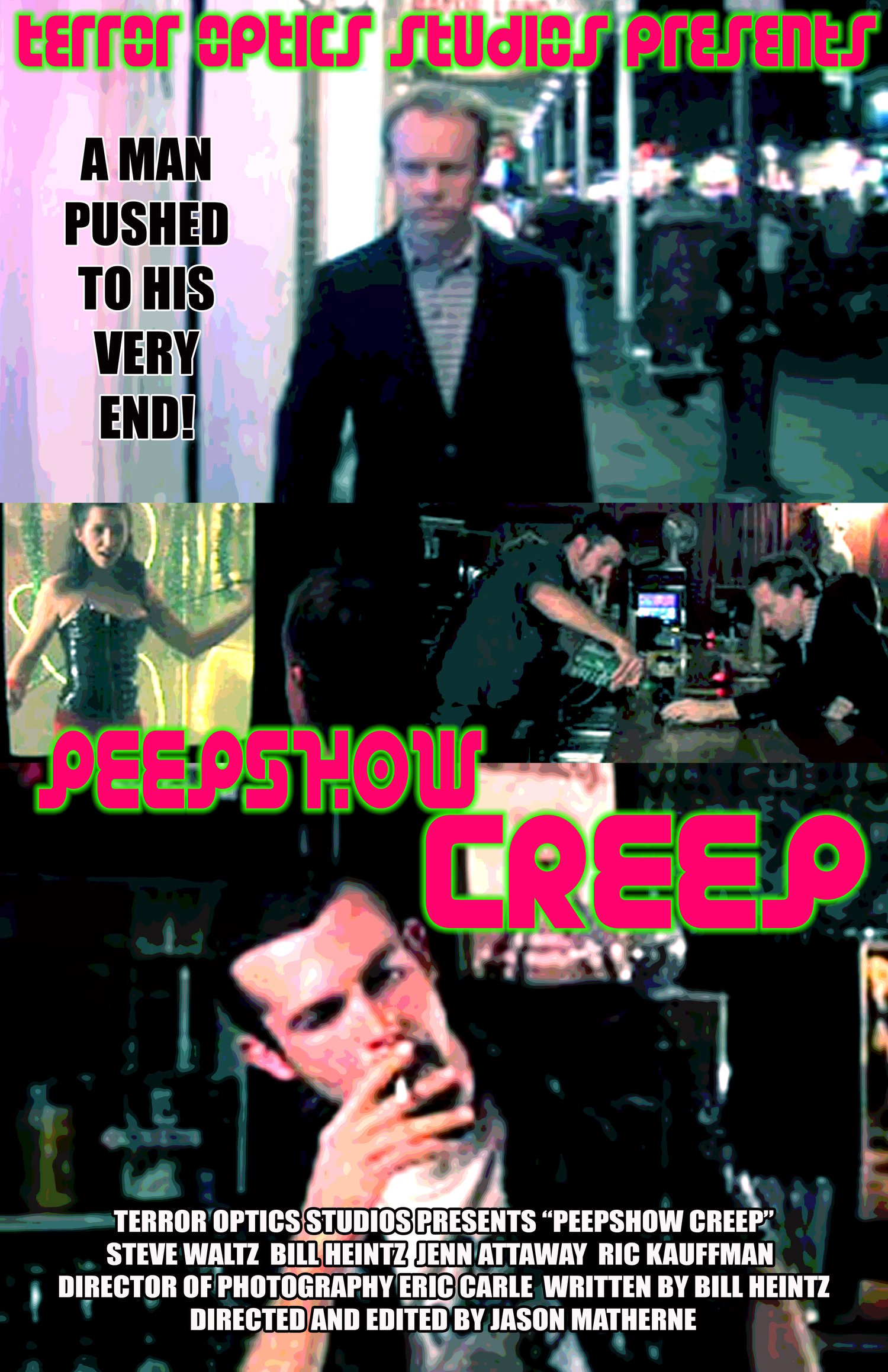